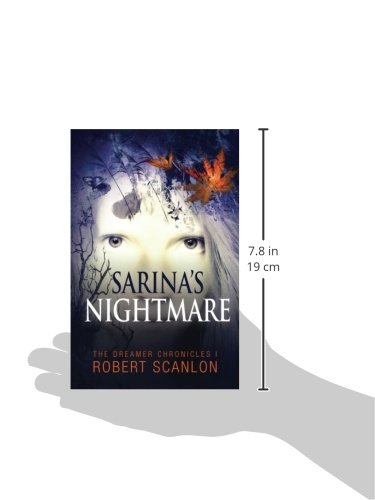 Sarina and her friend, Nathan, must once again join forces to defeat their arch enemies, Valkrog and Makthryg in a parallel world but this time the threat extends beyond that world to their own, where a puzzling loss of creative intelligence is threatening all the great minds of the world, including themselves! I loved this second instalment of the Dreamer Chronicles and would thoroughly recommend it to children and adults alike.


Robert Scanlon weaves a thrilling story, keeping the reader engrossed as the plot climbs from one climactic crisis to the next. Science, art and magic are woven so skilfully together as to be very believable and language is used wonderfully well. Twists and turns in the plot keep the reader guessing until the end and leaves the reader wanting more.

Let's hope The Dreamer Chronicles Vol 3 is not too far away. You know that disappointing feeling when you just love the first part of a sequel but as it comes to the second and third part they just turn out to be Well that's definitely NOT one of those books!! The second part of the Chronicles is just as good as the first one! Robert Scanlon, the author, writes incredibly well. The story is humorous, exciting, full of likable characters that both adults and kids can easily identify with. I was thrilled to read 'The Dream Killer' and it exceeded my expectations! A great mix of magic, science, mystery, friendship and unimaginable adventures.

A book I recommend everyone! I am glad there will be more to this story in the hopefully not too distant future The second installment of The Dreamer Chronicles delivered everything I had looked forward to since reading the first book, and more Kimmel, illus. Feder, illus. Arnold, delivering a dark fairy tale of female oppression and empowerment. Goodale, peeking in on a father, a daughter, a pile of leaves, and an imaginary friend who may—or may not—be helping with the raking; Mapping Sam by Joyce Hesselberth, focusing on the nighttime explorations of a cat named Sam; Winter Is Here by Kevin Henkes, illus.

Weymouth, which asks the question, What happens when you come home from a fantasy world like Narnia? Margaret Ferguson Books explores the finer things in Very Rich , which finds year-old Rupert in a series of adventures when he inadvertently spends Christmas with the wealthiest family in town. Neal Porter Books ushers in fall with Dreamers by Yuyi Morales, in which Morales relates her own immigration story about how she learned English through the picture books she shared with her young son.

HMH curtsies for Courting Darkness by Robin LaFevers, launching a new duology set in the world of the His Fair Assassin series, where a trained assassin goes undercover in the French court to save the newly crowned queen; Bad Babysitters by Caroline Cala, about three year-old friends who start a babysitting club and encounter a sequence of disastrous situations; Grim Lovelies by Megan Shepard, which kicks off a YA fantasy duology focusing on a society of magic handlers in modern-day Paris; and How to Be a Good Creature by Sy Montgomery, illus.

McBeth, a series-starter in which a boy named Cris and his cat Crat discover new words and how to pronounce them; Team Steve by Kelly Collier, following Steve the exceptional horse and his participation in a relay race; Sleep, Sheep 68! Pla, illus. Swenson, illus. Darby Creek ducks and covers for Deserted by Israel Keats and The Fallout by Glasko Klein, the first of six Attack on Earth titles, in which teens must survive an alien invasion; Grayfields and Island X by Benjamin Hulme-Cross, which kick off the four-volume Mission Alert series about boarding school students who work undercover for the government; and Becoming Prince Charming by Loren Bailey, launching Suddenly Royal, a six-book series about American teens who discover they belong to the royal family of the European country Evonia.

Badger and Mrs. Bell, featuring a mother and father expressing their infinite love for their child. Toalson, a free-verse historical novel focused on a family dealing with loss during the desegregation strife that took place in Houston, Tex. Henry Holt signs, seals, and delivers the season with Dear Heartbreak by Heather Demetrios, pairing personal letters from teens and advice from popular YA authors; Lost in the Library by Josh Funk, illus.

Schmidt, illus. Armentrout, first in a series featuring the secretive world of the alien Luxen; and A Screaming in the Mind by Julia Keller, a standalone sequel to The Dark Intercept , in which Violet discovers that The Intercept, the emotional surveillance device thought to have been destroyed, is still running—and in the hands of a killer. Wednesday Books welcomes Sadie by Courtney Summers, a novel about a missing girl on a journey of revenge, and a Serial -like podcast that follows the clues she's left behind; The Lost Map of Chaos by Laura Burns and Melinda Metz, a YA suspense story featuring dangerous secrets and dark mythology that threaten to destroy everything year-old Memphis holds dear; and Wind Rider by P.

Cast, the third installment in the bestselling Tale of New World series. Page Street blazes a trail with Uncharted by Erin Cashman, a contemporary fantasy that uncovers an ancient secret some would die to protect, and others would kill to expose; Home and Away by Candice Montgomery, a debut novel in which black and fabulous Tasia grapples with her identity after she learns an explosive secret; Afterimage by Naomi Hughes, a debut thriller about a girl who is the sole survivor of an explosion that kills thousands; and The Freedom Trials by Meredith Tate, following inmates who compete in seven challenges to win their freedom or die trying.


Charmz dresses up for Beauty Queen, Vol. Galbraith, illus. Coppage, illus. Puffin puts it all together with Frankenstein by Mary Shelley, launching Puffin Graphic Classics, a line of graphic novel adaptations of classic works followed by the original unabridged text; and Pride and Prejudice by Jane Austen, which helps kick off the Puffin Plated line of books pairing full-color classics with recipes contributed by celebrity chefs.

Singer, the tale of a native Los Angelino who takes on an alien invasion, time travel, and heartbreak. Razorbill changes it up with Metamorphosis Nine by Heidi Lang, in which a teen girl fresh out of rehab wins a place on a dangerous near-Earth asteroid mission; Whispers in the Thunder by Tochi Onyebuchi, sequel to the fantasy-adventure Beasts Made of Night ; Seafire by Natalie C. Warne flits into fall with tie-ins, in various formats, to the following properties: Flower Fairies , Peter Rabbit , and Spot.

Ford, following Jack and Annie during a monster storm in Galveston, Tex. James, which finds two houses bringing joy to each other, despite their differences. Running Press breaks a leg for Lulu the Broadway Mouse by Jenna Gavigan, featuring a mouse living in a Broadway theater and assisting child actors; Love by Stacy McAnulty, challenging the greeting-card stereotypes about how to show love; and The Reckless Club by Beth Vrabel, about five kids forced to spend a day volunteering in an assisted living community to make amends for pranks they committed on the last day of eighth grade.

Stemple, illus. Leonard, the final tale in the Beetle trilogy, which finds Darkus and his friends searching for Arch-villainess Lucretia in the Amazon rain forest. Arthur A. Atheneum perks up for Stop That Yawn! Arnold, illus. Little Simon celebrates the season with Diwali by Hannah Eliot, illus. 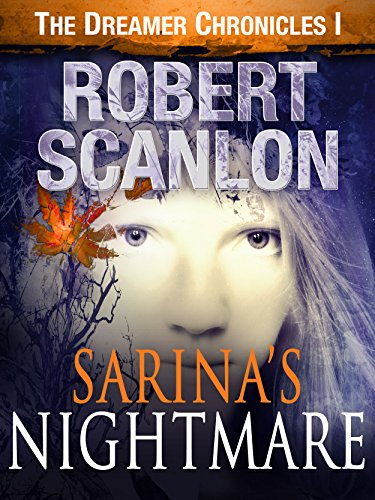