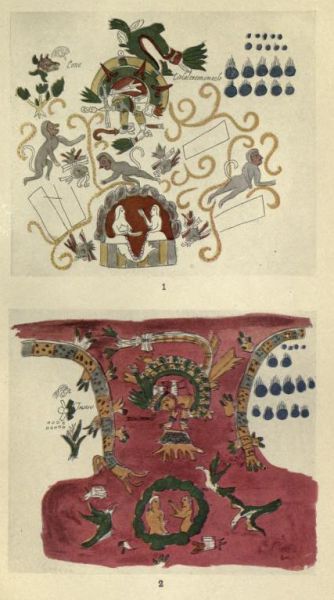 Get access to the full version of this article. View access options below. You previously purchased this article through ReadCube. Institutional Login.

PDF Goddess of the Arawaks (Abridged)

Log in to Wiley Online Library. Purchase Instant Access. View Preview. Learn more Check out. Volume 21 , Issue 2 February Pages Related Information. Close Figure Viewer. Browse All Figures Return to Figure. Previous Figure Next Figure. The only gold around was bits of dust garnered from the streams. So they fled, were hunted down with dogs, and were killed.

Trying to put together an army of resistance, the Arawaks faced Spaniards who had armor, muskets, swords, horses. When the Spaniards took prisoners they hanged them or burned them to death. Among the Arawaks, mass suicides began, with cassava poison. Infants were killed to save them from the Spaniards. In two years, through murder, mutilation, or suicide, half of the , Indians on Haiti were dead. When it became clear that there was no gold left, the Indians were taken as slave labor on huge estates, known later as encomiendas. They were worked at a ferocious pace, and died by the thousands.

A report of the year shows none of the original Arawaks or their descendants left on the island. The chief source-and, on many matters the only source-of information about what happened on the islands after Columbus came is Bartolome de las Casas, who, as a young priest, participated in the conquest of Cuba.

For a time he owned a plantation on which Indian slaves worked, but he gave that up and became a vehement critic of Spanish cruelty. Las Casas transcribed Columbus's journal and, in his fifties, began a multivolume History of the Indies. In it, he describes the Indians. They are agile, he says, and can swim long distances, especially the women. They are not completely peaceful, because they do battle from time to time with other tribes, but their casualties seem small, and they fight when they are individually moved to do so because of some grievance, not on the orders of captains or kings.

Women in Indian society were treated so well as to startle the Spaniards. Las Casas describes sex relations:. The Indians, Las Casas says, have no religion, at least no temples. They live in. In Book Two of his History of the Indies , Las Casas who at first urged replacing Indians by black slaves, thinking they were stronger and would survive, but later relented when he saw the effects on blacks tells about the treatment of the Indians by the Spaniards.

It is a unique account and deserves to be quoted at length:. Las Casas tells how the Spaniards "grew more conceited every day" and after a while refused to walk any distance. They "rode the backs of Indians if they were in a hurry" or were carried on hammocks by Indians running in relays.

Total control led to total cruelty. The Spaniards "thought nothing of knifing Indians by tens and twenties and of cutting slices off them to test the sharpness of their blades. The Indians' attempts to defend themselves failed. And when they ran off into the hills they were found and killed. So, Las Casas reports, "they suffered and died in the mines and other labors in desperate silence, knowing not a soul in the world to whom they could turn for help.

After each six or eight months' work in the mines, which was the time required of each crew to dig enough gold for melting, up to a third of the men died. While the men were sent many miles away to the mines, the wives remained to work the soil, forced into the excruciating job of digging and making thousands of hills for cassava plants. When he arrived on Hispaniola in , Las Casas says, "there were 60, people living on this island, including the Indians; so that from to , over three million people had perished from war, slavery, and the mines.

Who in future generations will believe this? I myself writing it as a knowledgeable eyewitness can hardly believe it Thus began the history, five hundred years ago, of the European invasion of the Indian settlements in the Americas. That beginning, when you read Las Casas-even if his figures are exaggerations were there 3 million Indians to begin with, as he says, or less than a million, as some historians have calculated, or 8 million as others now believe?

When we read the history books given to children in the United States, it all starts with heroic adventure-there is no bloodshed-and Columbus Day is a celebration. Past the elementary and high schools, there are only occasional hints of something else.

Samuel Eliot Morison, the Harvard historian, was the most distinguished writer on Columbus, the author of a multivolume biography, and was himself a sailor who retraced Columbus's route across the Atlantic. In his popular book Christopher Columbus, Mariner, written in , he tells about the enslavement and the killing: "The cruel policy initiated by Columbus and pursued by his successors resulted in complete genocide.

That is on one page, buried halfway into the telling of a grand romance. In the book's last paragraph, Morison sums up his view of Columbus:. One can lie outright about the past. Or one can omit facts which might lead to unacceptable conclusions. Morison does neither. He refuses to lie about Columbus. He does not omit the story of mass murder; indeed he describes it with the harshest word one can use: genocide. But he does something else-he mentions the truth quickly and goes on to other things more important to him.

Outright lying or quiet omission takes the risk of discovery which, when made, might arouse the reader to rebel against the writer. To state the facts, however, and then to bury them in a mass of other information is to say to the reader with a certain infectious calm: yes, mass murder took place, but it's not that important-it should weigh very little in our final judgments; it should affect very little what we do in the world. It is not that the historian can avoid emphasis of some facts and not of others.

This is as natural to him as to the mapmaker, who, in order to produce a usable drawing for practical purposes, must first flatten and distort the shape of the earth, then choose out of the bewildering mass of geographic information those things needed for the purpose of this or that particular map. My argument cannot be against selection, simplification, emphasis, which are inevitable for both cartographers and historians. But the map-maker's distortion is a technical necessity for a common purpose shared by all people who need maps.

The historian's distortion is more than technical, it is ideological; it is released into a world of contending interests, where any chosen emphasis supports whether the historian means to or not some kind of interest, whether economic or political or racial or national or sexual.

Furthermore, this ideological interest is not openly expressed in the way a mapmaker's technical interest is obvious "This is a Mercator projection for long-range navigation-for short-range, you'd better use a different projection". No, it is presented as if all readers of history had a common interest which historians serve to the best of their ability. This is not intentional deception; the historian has been trained in a society in which education and knowledge are put forward as technical problems of excellence and not as tools for contending social classes, races, nations.

To emphasize the heroism of Columbus and his successors as navigators and discoverers, and to de-emphasize their genocide, is not a technical necessity but an ideological choice. It serves- unwittingly-to justify what was done. My point is not that we must, in telling history, accuse, judge, condemn Columbus in absentia. It is too late for that; it would be a useless scholarly exercise in morality. But the easy acceptance of atrocities as a deplorable but necessary price to pay for progress Hiroshima and Vietnam, to save Western civilization; Kronstadt and Hungary, to save socialism; nuclear proliferation, to save us all -that is still with us.

One reason these atrocities are still with us is that we have learned to bury them in a mass of other facts, as radioactive wastes are buried in containers in the earth. We have learned to give them exactly the same proportion of attention that teachers and writers often give them in the most respectable of classrooms and textbooks.

This learned sense of moral proportion, coming from the apparent objectivity of the scholar, is accepted more easily than when it comes from politicians at press conferences. It is therefore more deadly. The treatment of heroes Columbus and their victims the Arawaks -the quiet acceptance of conquest and murder in the name of progress-is only one aspect of a certain approach to history, in which the past is told from the point of view of governments, conquerors, diplomats, leaders. It is as if they, like Columbus, deserve universal acceptance, as if they-the Founding Fathers, Jackson, Lincoln, Wilson, Roosevelt, Kennedy, the leading members of Congress, the famous Justices of the Supreme Court-represent the nation as a whole.

The pretense is that there really is such a thing as "the United States," subject to occasional conflicts and quarrels, but fundamentally a community of people with common interests. It is as if there really is a "national interest" represented in the Constitution, in territorial expansion, in the laws passed by Congress, the decisions of the courts, the development of capitalism, the culture of education and the mass media. From his standpoint, the "peace" that Europe had before the French Revolution was "restored" by the diplomacy of a few national leaders.

But for factory workers in England, farmers in France, colored people in Asia and Africa, women and children everywhere except in the upper classes, it was a world of conquest, violence, hunger, exploitation-a world not restored but disintegrated.

My viewpoint, in telling the history of the United States, is different: that we must not accept the memory of states as our own. Nations are not communities and never have been, The history of any country, presented as the history of a family, conceals fierce conflicts of interest sometimes exploding, most often repressed between conquerors and conquered, masters and slaves, capitalists and workers, dominators and dominated in race and sex.

And so on, to the limited extent that any one person, however he or she strains, can "see" history from the standpoint of others. My point is not to grieve for the victims and denounce the executioners. Those tears, that anger, cast into the past, deplete our moral energy for the present. And the lines are not always clear. In the long run, the oppressor is also a victim. In the short run and so far, human history has consisted only of short runs , the victims, themselves desperate and tainted with the culture that oppresses them, turn on other victims.

Still, understanding the complexities, this book will be skeptical of governments and their attempts, through politics and culture, to ensnare ordinary people in a giant web of nationhood pretending to a common interest. 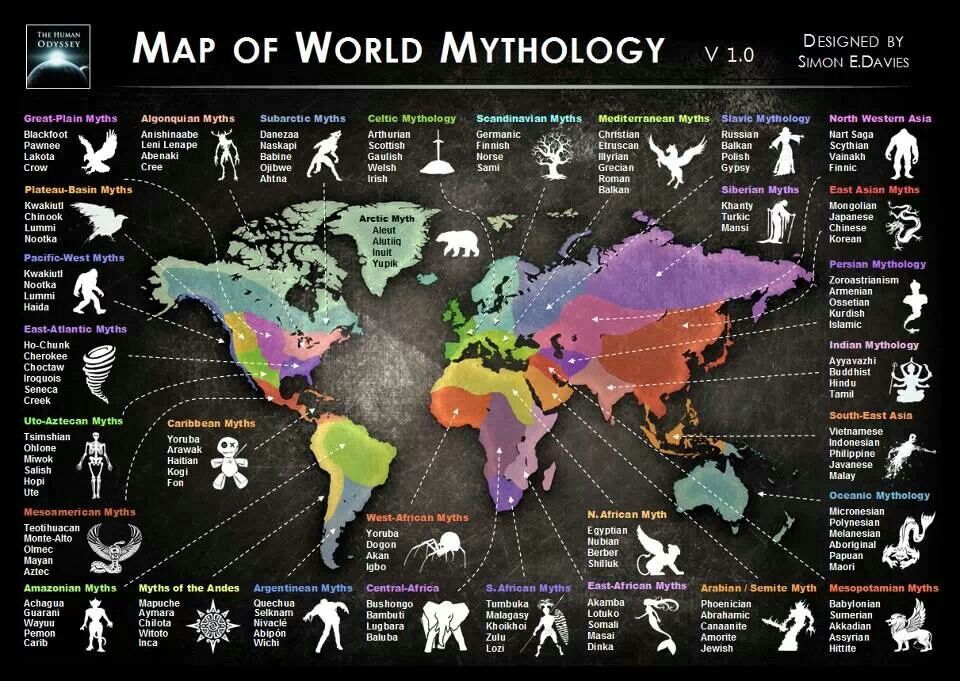 Related Goddess of the Arawaks (Abridged)